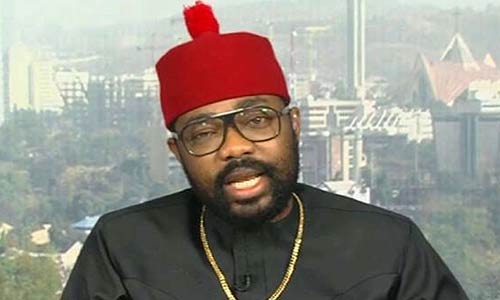 The Coalition of United Political Parties (CUPP), on Thursday, said the concerns raised by the ruling All Progressives Congress (APC) over the planned deployment of Bimodal Voter Accreditation System (BVAS) for the 2023 general election, has confirmed its intelligence discovery that the ruling party was allegedly behind the move to sack the chairman of the Independent National Electoral Commission (INEC), Prof. Mahmood Yakubu.

APC national chairman, Senator Abdullahi Adamu, had on Wednesday, expressed his reservation on the use of BVAS technology for the 2023 elections when a delegation from Commonwealth on the 2023 General Election paid a courtesy visit to the APC national secretariat in Abuja.

In a statement by the spokesman of CUPP, Ikenga Imo Ugochinyere, on Thursday, the opposition political parties said the development, which is coming barely 90 days to the presidential election, has also confirmed the Coalition’s intelligence report that APC allegedly wanted to carry out digital vote buying in the 2023 elections.

The statement reads, “Technology keeps making it increasingly possible to reduce the contentious menace of electoral fraud and other forms of manipulation that has characterized our electoral system in times past. With the emergence of the Bimodal Verification Accreditation System, BVAS, which is replacing the Smart Card Readers used in previous elections, polls in Nigeria will now be better in credibility.

“With this, those in power who connive with electoral officials to recklessly cancel manual votes on their way to collation centers will be disappointed.

We at the CUPP revealed how Imo state governor, Hope Uzodinms compromised INEC voters register in the state and 17 other states of the federation. More shocking was that of his OMUMA WARD where foreigners, dead people, brochure pictures were uploaded as new voters to pave way for a new rigging strategy. While we are grateful for the new BVA system, we will not tolerate any plot to sack the INEC Chairman.”