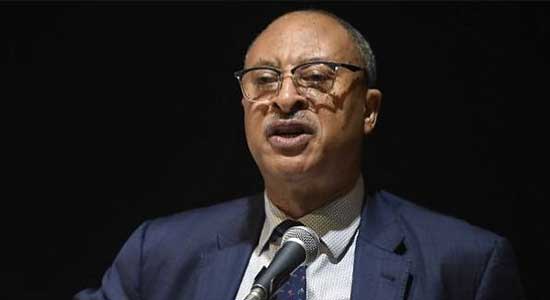 A chieftain of the Labour Party, Professor Pat Utomi, said late Monday that the structures built by the ruling All Progressives Congress and the opposition Peoples Democratic Party were for vote mobilisation and vote rigging.

In an Arise TV Prime Time interview on Monday night monitored by our correspondent in Lagos, Utomi said the Labour Party was building a better structure that would include all state branches of the Nigeria Labour Congress.

The professor of political economy said the structure being referred to by the APC as well as the PDP was nothing to be compared to what the Labour Party was coming up with.

He said, “What the PDP and the APC call structure is for mobilising for votes and rigging.”

Utomi, who stepped down as a presidential aspirant of the party to support the emergence of Peter Obi, said the Labour Party was building a structure similar to that of the South Africa’s African National Congress.

He said the ANC’s structure was built on grassroot and local contacts and that was what the Labour Party would do.

Utomi said, “In every state of the federation, the NLC has commissions…making 36 labour commissions. I still spoke to them two months ago. The TUC (Trade Union Congress) builds its own.

“Then above and beyond this, we have in the big tent groups like professional groups that are membership and have a commitment to a new order. We have other political parties that are part of this same big tent…the concerned professional societies that I talked about and almost all the support groups with their networks local, global in many cases, and all of those constitute structure.”

He added, while supporters of other political parties are given money for transportation to meetings and other financial inducements, the various support groups for Peter Obi and the Labour Party do not get financial support from Peter Obi or the party.

Utomi said, “Every meeting political parties have, people receive…but for the first time in recent Nigerian history, the so-called support groups (for Peter Obi) are the ones funding their activities.

” I know for a fact (that) hardly a dime has gone from the Peter Obi organisation to any of these movements you see around the country whether they’re called one-million, two-million or whatever march. All of those have been organic from the people. That hasn’t happened in Nigeria in a long time.”

The Labour Party chieftain also said Peter Obi’s “manifesto is ready and will be made shortly, and the people will be happy.”