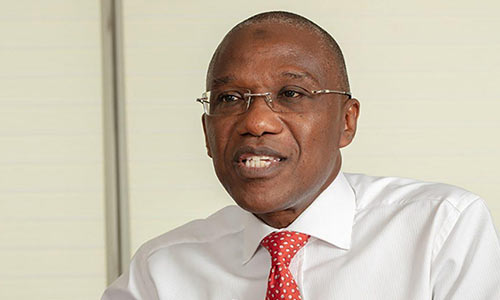 The Managing Director and Chief Executive Officer of Asset Management Corporation of Nigeria (AMCON), Mr. Ahmed Kuru, has attributed the frequent failure of Nigerian airlines and unstable domestic air travel market to inimical policies and self-destructive actions of the airlines and called for a review of the industry for improved performance.

Besides, he said indigenous carriers had very short lifespan due to high taxes, overbearing charges by regulatory agencies, unpredictable and unstable foreign exchange and a litany of other problems peculiar to the country.

He, however, added that the airlines should be blamed for the problem as some of them engage in financial rascality, greed exhibited by airline owners, lack of corporate governance principles and over invoicing among others.
The AMCON boss spoke at the weekend at the Aviation Leadership CEO’s Roundtable to commemorate the 10th anniversary of Aviators Africa magazine in Lagos.

Delivering the keynote address in a paper titled: “Aircraft Financing: The Issues & Challenges of Asset Management Corporation of Nigeria (AMCON), “Kuru, who was represented by a top official of the corporation, Mr. Tajudeen Ahmed, also called on the federal government and all industry stakeholders to take a holistic review of the business of aviation in Nigeria because of the critical role the sector plays in the growth of any economy.

“In my opinion, the aviation sector, which is a critical component of the transport, is perhaps one of Nigeria’s most challenging sectors; especially in the light of the massive need for infrastructure development in air, rail, road and sea transport to ensure seamless movement of people and cargo. Regardless of the mode of transport – the aviation sector has proved to be a catalyst for the economic development of nations. It is the wheel that drives economic activities. The air transport sector facilitates trade, tourism; boosts productivity in the economy; improves efficiency in the supply chain; it is an enabler for investments; can spur innovation, facilitate commerce and provide fast and reliable delivery of cargoes and services,” Kuru said.

According to him, a sector as strategic as aviation must be given all the support by the government to enable it to take its pride of place in Africa.
He said AMCON’s experience with its intervention in aviation had made it clear to him that there was need for a total overhaul of the modus operandi in the sector.

Kuru, who was a former managing director of a bank, said: “From what we now know, there are serious issues in aircraft financing because our people dabbled into the business of aviation with the wrong capital mix. On the other hand, the banks which are the primary source of funding also have short term views about the business. Banks that have attempted to fund the business in the past neither had the deep expertise nor carried out proper due diligence before committing their funds. Banks lack both the financial capacity as well as the expertise in personnel to critically analyse the business and its associated risks before throwing their money into aircraft/aviation financing.

“Because the banks do not understand the business, it is easy for any ‘sharp businessman’ with dubious intentions to approach them with dodgy proposal to float an airline just to get loans that will go bad shortly after. Such cases abound in the industry. No wonder Nigerian banks, having watched the trend of the short lifespan of aviation investment shy away from further funding. The previous management of Arik without carrying out serious feasibility studies some years back bought two A340 planes for $260 million and within four years, it was discovered that the planes are commercially obsolete. So, even with that huge capital outlay, the two planes were not able to operate to generate the money to service the huge debt, not to talk of making profit. This is just one of many,” he explained.