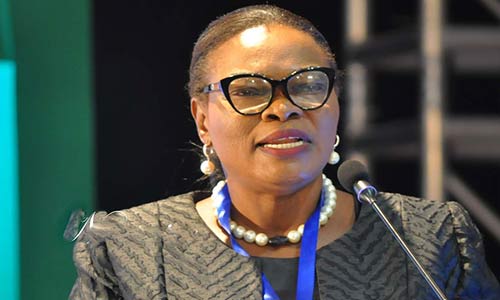 The triennial conference of the International Federation of Women Lawyers (FIDA) is being used to pursue calls for states to adopt laws on violence against women, among other issues, Dailytrust. report.

The triennial Africa Regional Congress of FIDA, which has as theme ‘The Growth of Women and Children in Africa: Beyond Rhetoric’, will hold in Abuja 11-15 October, 2019.

The programme will examine the journey so far in Nigeria with Prof. Joy Ngozi Ezeilo, Dean of Law, University of Nigeria Nsukka, among the keynote speakers.

Despite enactment of laws and ratification of international declarations on the rights of women, in most parts of Africa, they still suffer physical and gender-based abuse, economic exclusion, lack of access to education, workplace discrimination, female trafficking and harmful cultural practices, among others.

In Nigeria, both the Administration of Criminal Justice Act (ACJA) and the Violence Against Persons (Prohibition Act) were signed into law in 2015. Since then, efforts have been made to sensitize the stakeholders and push for the adoption of the spirit and letters of the laws across the states of the federation.

In a statement on the programme, the Regional Vice President (West & North Africa), Mrs Victoria Awomolo (SAN) called for the adoption of the VAPP Act by all states of the federation while urging prosecutorial agencies to bring perpetrators to book using the act.

Awomolo expressed dismay over what she termed the “worrying rise of violence, particularly sexual violence against women and children in Africa.”

Activists believe that offences that have to do with infraction of dignity, such as rape and child molestation, heighten sense of insecurity and degradation of the dignity of women.

Speaking at a function on the VAPP, the Country Vice President/National President of FIDA Nigeria, Rhoda Tyorden Moore, gave insights into the provisions of the ACJA, and especially VAPP in dealing with offences of rape, assault and others.

“The VAPP law is a benchmark legislation on gender-based violence. So far, only 11 states have adopted the law. Lagos and Ekiti had a law in place before VAPP. We have secured convictions on the law and we will continue,” she said.

“The definition of ’Rape’ under the VAPP has now been expanded and the offender will go to prison for the rest of his/her life. He/she will also pay the affected person some money for what he/she has done,” she said.

“Before these new laws, there was also the Trafficking in Persons (Prohibition) Enforcement and Administration Act 2003, the Criminal Code Act, and the provisions of Chapter II, sections of 2 and 17; and Chapter IV, Section 34 of the 1999 Constitution of Nigeria. Also, enforcements against these vices have become stronger,” she added.

According to Iloba, globally, 7% of women have been sexually assaulted by someone other than a partner, while up to 38% of murders of women are committed by an intimate partner.

He said a UN report found that African women are most at risk of violence, adding that 23 percent of women have been victims of physical or sexual violence committed by a previous husband.

“Ninety percent of migrant women arriving into Italy from Libya arrive with bruises and other signs of violence. Human trafficking is the third most common crime in Nigeria after drug trafficking and economic fraud (UNESCO, 2016).

The FIDA Program Manager, Subomi Chuku, listed some laws for the protection of the rights of women to include: the United Nations sponsored Convention for the Elimination of Discrimination Against Women (CEDAW) of 1979, and the International Convention on the Elimination of All Forms of Racial Discrimination, 1967. There is the African Charter on Human and Peoples Rights (domesticated); the African Protocol on Human and Peoples’ Rights on the Rights of Women in Africa (Maputo Protocol).

Further, there is the International Covenant on Civil and Political Rights, the Convention on the Rights of the Child (domesticated as the Child Rights Act, law in 24 states); Declaration of Basic Principles of Justice for Victims of Crime and Abuse of Power, and the Universal Declaration of Human Rights.

The Nigerian government has empowered agencies such as the Nigeria Police, National Agency for the Prohibition of Trafficking In Persons (NAPTIP), Nigerian Security and Civil Defence Corps (NSDC), state ministries of justice, National Human Rights Commission (NHRC), Ministry of Health among others to establish gender desks and deal with issues of gender-based violence.

But experts argue that these are not enough as there is need to develop a standard operation protocols (SOP) and include funding for the early investigation of such incidents.